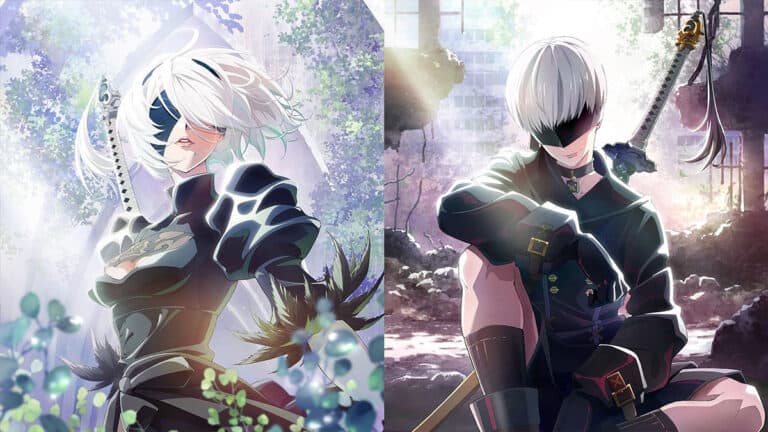 Want to know everything about the anime adaptation of one of the most popular video games in the world?

We’ve got all the details you need to know.

Announced at the Aniplex Online Fest 2022, the Nier: Automata anime adaptation is airing in January 2023! The announcement came stacked with news, including a new trailer.

The series, entitled Nier: Automata Ver1.1a, has been confirmed to have a new story and thus is named differently from the original game.

Beautiful visuals of the leads 2B and 9S were released alongside the announcement.

An exact date has not been announced, only that the series will air in January 2023. Once it is reported, this article will be updated so check back periodically!

In an unusual fashion, two different trailers were released! The first trailer, “Promotional File 001”, focuses on the female protagonist, 2B.

“Promotional File 002” highlights the male lead, 9S, and his story.

The trailers mimic the visual style of the original game, and are beautifully animated! Watch both above!

Additional character trailers will be released in the coming months, starting in October, so check back for updates!

The game Nier: Automata, directed by Yoko Taro and published by Square Enix, is a spin-off of the Drakengard series and a sequel to its predecessor Nier.

The action JRPG is set in a post-apocalyptic world devoid of humans and populated by androids.

In the year 11945 AD, war is occurring between human-created androids and machine invaders from another planet.

Although androids were created by humans thousands of years ago, they are devoid of human emotions. The female lead, 2B, is an incredibly composed soldier of the YoRHa android unit.

2B is challenged when she is assigned 9S as a partner, a boy who possesses more emotions than normal androids.

As 2B and 9S grow closer, 2B begins to show more emotions. She begins to wonder about her place in the world, despite being an android in a world devoid of humanity.

Nier: Automata is critically acclaimed, not only for the visuals and gameplay but for the engaging multi-level story.

The Nier series is known for its developing storytelling – multiple playthroughs of the same game are required to understand the whole picture.

The game received 9/10 ratings from both Destructoid and GameSpot.

Nier: Automata has won many awards, including “Best Score/Music” at the 2017 Game Awards and an award for excellence at the Japan Game Awards.

The game is credited for reviving the Nier series and has sold 6.5 million copies worldwide.

Nier: Automata has effectively created a franchise within itself. Nier: Automata had a musical stage play in Japan in 2014, many novels, and a manga adaptation – and now an anime!

The anime is produced by A-1 Pictures, known for their work on Sword Art Online, Darling in the Fraxx, and Kaguya-sama Love is War.

Nier: Automata is available to buy on Playstation, Xbox, Nintendo Switch, and on Steam to play.

The game also has a mobile spin-off, Nier: Re[in]carnation, available on Google Play and iOS.

Taro stated “Nier: Automata was a story we created to be a game, so copying it as is wouldn’t make an interesting story for an anime. So I brought up the idea of changing things around…”

It is possible the series will follow a more linear storyline, as the multi-playthrough storytelling of the original game would be hard to adapt. The series may even have a new ending!

Alongside the trailers, the voices of 2B and 9S were revealed. Yui Ishikawa, the voice of Violet in Violet Evergarden and Mikasa in Attack on Titan, is voicing 2B.

Natsuki Hanae, the voice of Tanjiro in Demon Slayer and Ken in Tokyo Ghoul, is portraying 9S.

The accompanying pods have voices too! Pod 042 is voiced by Hiroki Yasumoto and Pod 153 is voiced by Kaoru Akiyama.

The anime series is being directed by Ryouji Masuyama, who has worked on Gurren Lagann, Darling in the Franxx, and After the Rain.

Yoko Taro is also co-writing the series with Masuyama.

Character designs are from Jun Nakai, who has worked on many series including character designs for Mardock Scramble: The First Compression and The Sacred Blacksmith. Nakai also serves as the chief animation director.

MONACA, a music studio created by the original Nier: Automata composer Keiichi Okabe, is composing the music for the series.

Prepare for the release of Nier: Automata Ver1.1a in January 2023! The future of mankind awaits! 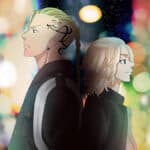