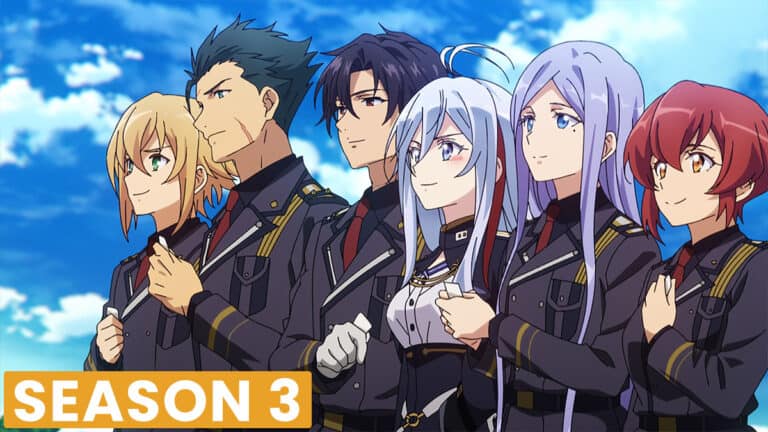 Return to the frontlines for 86 Eighty-Six! The top-500 series on MyAnimeList is rumored to be up for a Season 3.

Fans seem inclined to believe the series is green-lit for another season, despite reports not confirming the production.

Although not confirmed as of 2022, we have all the juicy details surrounding Season 3 rumors right here, so keep on reading to find out.

The series was split into two halves during production – the first half of the season aired in April 2021, while Part 2 aired in March 2021.

The break in the anime was also marked with a new opening and ending sequence, which further confused viewers into believing the series was split into seasons and not parts.

For all intents and purposes, we will refer to Season 2 of 86 Eighty-Six as Season 3 since most audiences will identify the series as already having a second season.

The next season of 86 Eighty-Six has not yet been announced, although sources elsewhere say otherwise.

Sun Wukong on Twitter leaked that the third season of 86 Eighty-Six is in production, although no official sources have substantiated this claim.

The series is top-rated and profitable, so it is not unlikely that a Season 3 announcement will be announced in the future.

When 86 Eighty-Six Season 3 is announced, check this article for future updates!

If you haven’t caught the anime of the 2021 season, watch the trailer above!

Listen to the theme song “3-bun 29-byo” by Hitorie, accompanied by stunning visuals from animation studio A-1 Pictures.

When a Season 3 trailer is released for 86 Eighty-Six, we’ll release it here!

86 Eighty-Six (sometimes stylized as 86) is a sci-fi mecha series from the author Asato Asato with illustrations by Shirabii.

The story takes place in a world devastated by war, with The Republic of San Magnolia fighting the Empire of Giad.

The Republic has created mechs to counteract the Empire’s mechanical forces. The mechs are named “Juggernauts,” and the general public believes lifeless robots are handling the war.

Little do they know, the Juggernauts are driven by human pilots known as “Handlers.”

The human pilots, known as the “86”, are the minority people of San Magnolia. Stripped of their basic human rights, the 86 are forced to fight in the war as Handlers.

Vladilena Milize, a supporter of the 86 people, replaces a Handler for The Republic army. The section she is assigned to is led by Shinei “The Undertaker” Nouzen, a 16-year-old boy who has already won countless battles in the war.

Vladilena and Shin share a secret, and the two are shouldered with the fate of the world in their hands.

86 Eighty-Six is critically acclaimed, with many critics pointing out the well-written drama and depiction of war.

The light novel has 11 volumes as of 2022 and is published in North America by Yen Press.

The anime adaptation is produced by A-1 Pictures. The studio is known for major productions such as Anohana and Kaguya-sama: Love is War.

Unfortunate news for many fans: the 86 Eighty-Six manga is no more.

The series, published in Young Gangan in Japan from February 2018 to July 2021, has been canceled.

The illustrator Motoki Yoshihara has had ongoing health issues, and Square Enix has canceled the series. The manga has been on hiatus since 2021.

Yen Press has published the volumes that have been released. The series also has multiple manga spin-offs that have not been canceled, including 86: Fragmental Neoteny.

Despite the manga news, the 86 Eighty-Six anime future is looking bright!

Keep up to date on all the latest news 86 Eighty-Six has to offer here. 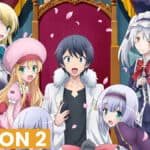 In Another World With My Smartphone Season 2 Release Date, Trailer, Story, and News
Related Topics Tags