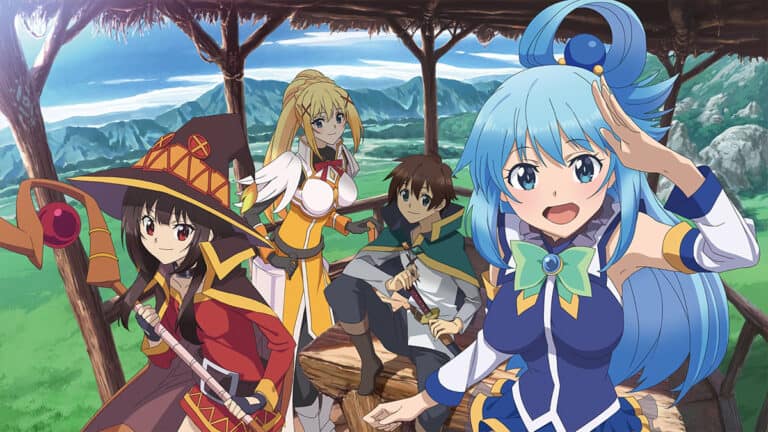 KonoSuba fans, gear up for more adventures! The third season of KonoSuba is in production.

Where and when does it air? Where’s the trailer? Who’s animating it?

Let’s jump right into it. We’ll start with the juiciest part, which is the release date.

Season 3 of KonoSuba is currently in production! In May 2022, Kadokawa announced that the third season is set to premiere.

An exact airing date has not been released, but we estimate that Season 3 could air as early as January 2023.

Along with the third season announcement, Kadokawa stated that a KonoSuba spin-off anime series is also in production.

The spin-off novel KonoSuba: An Explosion on This Wonderful World! is being adapted into an anime.

An announcement date for the spin-off series has not been confirmed, it is likely to air in late 2023.

The entire KonoSuba series is available to watch on Crunchyroll.

Season 3 and the KonoSuba spin-off series will likely simulcast on Crunchyroll when they air.

Although a Season 3 trailer for KonoSuba has not been released, check out the trailer for the spin-off series above!

KonoSuba: An Explosion on This Wonderful World! is a prequel series focusing on the mage Megumin’s origins. The series is being animated by Drive.

Kazuma is a seventeen-year-old who dies after a series of unfortunate events involving a classmate and a truck.

After his death, he is greeted by a beautiful Goddess named Aqua who offers to send him to another reality – a world with magic and monsters!

Aqua offers him a choice of what to bring to the new world, but Kazuma decides to choose Aqua herself.

Aqua joins Kazuma on his afterlife adventures and the two find new friends, a mage and a crusader, along the way!

KonoSuba is originally a light novel series written by Natsume Akatsuki and illustrated by Kurone Mishima. The light novels are extremely popular, with over 6 million in print worldwide.

The manga adaptation of KonoSuba began serialization in September 2014 in the magazine Monthly Dragon Age.

There are multiple manga adaptations and spin-offs, including KonoSuba: An Explosion on This Wonderful World!, which is being adapted into an anime.

The first two seasons of the anime are animated by Studio DEEN and directed by Takaomi Kanasaki, who’s known for his work on Is This A Zombie? and School Rumble: 2nd Semester.

The series received an animated film: KonoSuba: God’s Blessing on This Wonderful World! Legend of Crimson, produced by J.C.Staff, grossed over $7 million in Japan and worldwide.

In further news, Season 3 has some new changes regarding the anime staff. Let’s dive ight into the changes you’ll see in the third season!

It’s been confirmed that the production studio behind KonoSuba has changed. Season 3 of KonoSuba is being handled by studio Drive, who is also animating the new KonoSuba spin-off.

Makoto Uezu returns for the series composition, and Koichi Kikuta returns as the series character designer. The same Season 3 staff will work on the spin-off series KonoSuba: An Explosion on This Wonderful World!, most likely airing in late 2023. 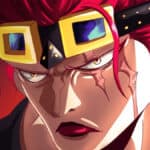 One Piece Episode 1038 Release Date, Preview, And Where to Watch
Related Topics Tags