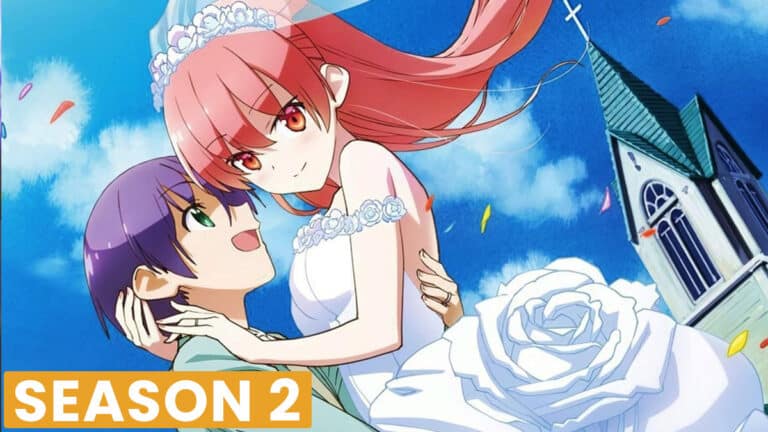 The rom-com of the season is back! Tonikawa: Over The Moon For You is renewed for a second season.

The hit series saw big success streaming on Crunchyroll in 2020, with praise from critics and audiences alike.

Tonikawa returns very soon, but when and where will it air? We have everything you need to know right here.

It was also announced that Tonikawa will receive additional episodes on top of the second season announcement.

New art for the series was shown alongside the second season reveal, with the lead characters Nasa and Tsukasa.

At this time, an official release date is unknown, but this article will be updated as it is announced. It is estimated that a Season 2 premiere may occur in mid-2023.

Crunchyroll has confirmed that the series will be available to stream on their platform when it airs.

The Season 2 trailer of Tonikawa was released on the Crunchyroll channel! The company confirmed Season 2 of the series is in production.

The trailer showcases iconic scenes from the first season and a new visual for Season 2. Watch it above!

Tonikawa: Over The Moon For You (also known as Fly Me to the Moon, Tonikaku Kawaii, and shortened to Tonikawa) is a slice-of-life rom-com manga series by Kenjiro Hata.

The story follows the protagonist Nasa Yuzaki, a young genius who encounters a beautiful classmate during his high school entrance exams.

Awestruck by her beauty, he is unfortunately actually struck by a moving vehicle in the process!

Nasa is saved by the girl and, in the heat of the moment, confesses to her. The girl, Tsukasa Yuzaki, agrees to date on one condition: Nasa has to marry her first!

Tsukasa shows up on Nasa’s doorstep on his 18th birthday, and their new life of marriage begins.

Tonikawa has reached extreme popularity; the series has over 4 million copies of the manga in circulation. It was one of the “Next Manga Award” winners in 2019.

The first season of the anime adaptation aired in 2020 and is produced by Seven Arcs, the studio known best for producing Magical Girl Lyrical Nanoha.

The Tonikawa manga (in print as Fly Me to the Moon) is licensed by Viz Media, and the anime is available to stream on Crunchyroll.

Alongside the second season announcement, it was announced that Tonikawa is receiving additional episodes to Season 1!

The Tonikawa website revealed that a thirteenth episode will air on November 22, 2022. The episode is entitled “Seifuku” and has all the returning staff and cast from the first season.

The episode will be available to stream on Crunchyroll, with the original series for viewers in North America. 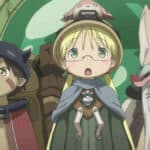