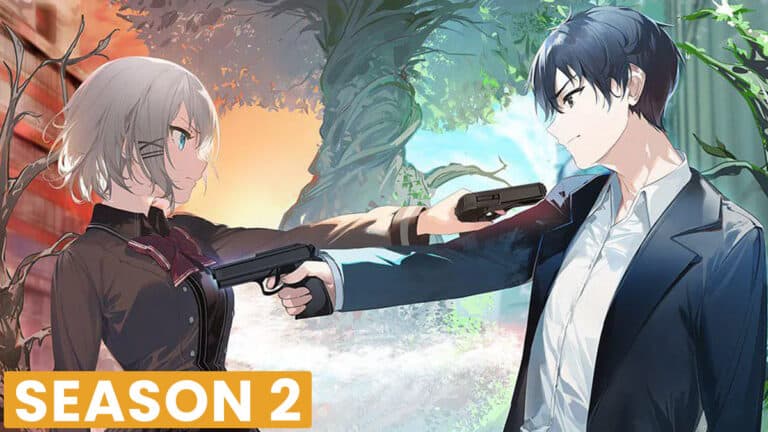 Just like Kimihiko’s adventures as an inspector, The Detective Is Already Dead is back from a successful run for another assortment of escapades for awaiting fans.

The sequel to this mesmerizing anime, fondly nicknamed TanMoshi, was announced during the MF Bunko J Summer School Festival 2022 live stream on July 24, 2022.

Thrilled fans were gifted with a double treat of TanMoshi season 2 trailer PV and original art, along with a tagline, “It’s too early for the epilogue.”

Indeed, it really is too early to say goodbye to Kimihiko’s legendary exploits.

There’s no date or anime season announced yet, but eager fans are welcome to visit this article for updates.

Of course, since the teaser trailer and announcements for Season 2 were already released, news for the broadcast date and other details won’t be far behind.

Kimizuka and his friends have faced their past and overcome the fierce battle on the cruise ship. The story of the late famous detective Siesta and her legacy will begin to move forward again. The detective is already dead. But her legacy will never die. Therefore, it is too early for the epilogue.

The Detective Is Already Dead season 2 isn’t far from now.

The producers of The Detective Is Already Dead brought fans a solid promotional video teaser for the upcoming 2nd season, which you can view above.

Along with this video, congratulatory illustrations were also released by manga artists Mugiko, poni, Moyashi Ime, and Umibōzu, who drew the original designs for the light novels.

The Detective Is Already Dead Story

Ever since he was young, Kimihiko Kimizuka has always been a magnet for trouble.

He believed he was born with a curse that naturally draws him to all kinds of troublesome situations, ranging from being forced to join flash mobs in the middle of a walk, to being suddenly found at the site of crime scenes.

This all led to Kimihiko being kidnapped one day and forced to carry a suitcase onto an international flight. This is where he met Siesta, a self-proclaimed “legendary detective” who changed his life.

He became Siesta’s sidekick after helping her stop the plane’s hijacking. They went through uncountable cases for three years until Siesta’s untimely death.

Left to his own devices, Kimihiko tries to overcome this tragedy and reintegrate himself back into everyday life, while also solving cases that fall into his lap.

The Detective Is Already Dead is based on the light novel series written by Nigojuu and illustrated by Umibōzu.

Media Factory started publishing the series in November 2019 under their MF Bunko J imprint, and in that same year, it won the 15th MF Bunko J Light Novel Rookie of the Year award.

TanMoshi released its seventh volume last August 25, 2022. With the first season only covering the first two volumes, fans can expect a few more seasons. Author Nigojuu even said during a 2020 interview that the main story “will need at least five or six more books.” 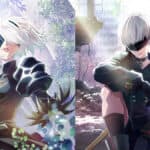