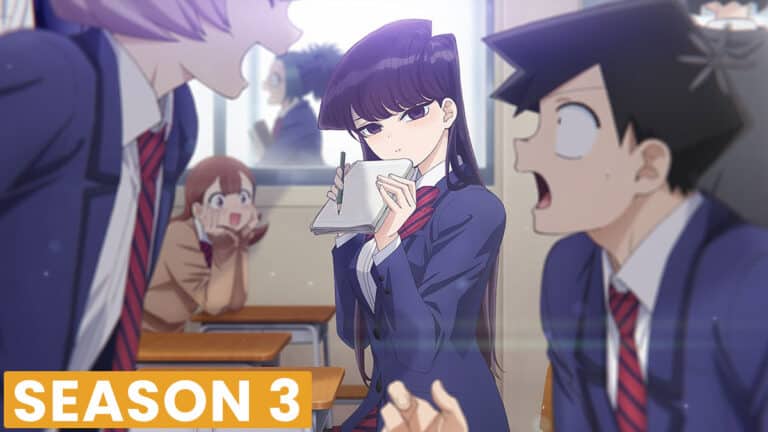 The second season of Komi Can’t Communicate (shortened to Komi-san) has finally ended. Already, fans are expecting the third season of this slice-of-life anime.

Despite the anime gaining massive popularity worldwide, the third season of anime is still TBA.

Will Komi-san get a third season?

Unfortunately, there is no news about the third season of Komi Can’t Communicate. Unlike many popular series, Komi-san didn’t announce a new season right away.

The gap between the seasons is only three months. Although it’s rare for anime to be announced three times consecutively, we’re certain that a third season is highly possible. We expect that it will be released in late 2023.

In an interview with Ayumu Watanabe, the chief director of Komi-san, he mentioned that he would be glad to continue the series at least until Komi-san graduates.

There is no trailer to show off because the third season of Komi-san is still TBA. Enjoy the first season opening for the time being.

The trailer section will be updated as soon as the official trailer of the third season is released.

Komi Can’t Communicate, created by Tomohito Oda, features Shouko Komi. She has a communication disorder that renders her incapable of communicating with others.

Her outward appearance is beautiful, which doesn’t help her with this either. In fact, it makes her so popular that no one dares to approach her.

The first interaction with Tadano begins when they are both left alone. Their interaction takes place over a chalkboard.

Tadano feels overwhelmed by Komi’s writing on the board. It turns out that Komi wants to overcome her communication disorder and make one hundred friends.

On that day, their daily life starts to change. Every day is filled with a wholesome moment between those two and their classmates.

While episodes can be repetitive, there is a certain character development throughout the seasons that draws in the viewer.

What will happen to the relationship between Komi and Tadano? Hopefully, we can find out about it in the next season of Komi-san.

Komi Can’t Communicate, Komi-san for short, is an anime based on a manga with the same name. Tomothito Oda created it on May 2016, and 27 volumes of the manga have been released since. The latest 27th volume was released on October 18, 2022. As of June 2022, there are 7.4 million copies sold worldwide.

The anime was produced by OLM studio. The first season premiered on October 2021. Meanwhile, the second season was aired on April 2022.

Netflix licensed the series outside of Japan. Unfortunately, there is a gap of a few weeks between the TV Tokyo and Netflix release schedules. The anime also got nominated at the 6th Crunchyroll Anime Awards for best girl and best romance.

Despite that, the enthusiasm of international fans was high when the first episode of Komi-san was released.

With the manga still ongoing, we do not know when the Komi-san anime will get a third season.

Stay tuned for more news about this anime! 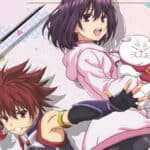