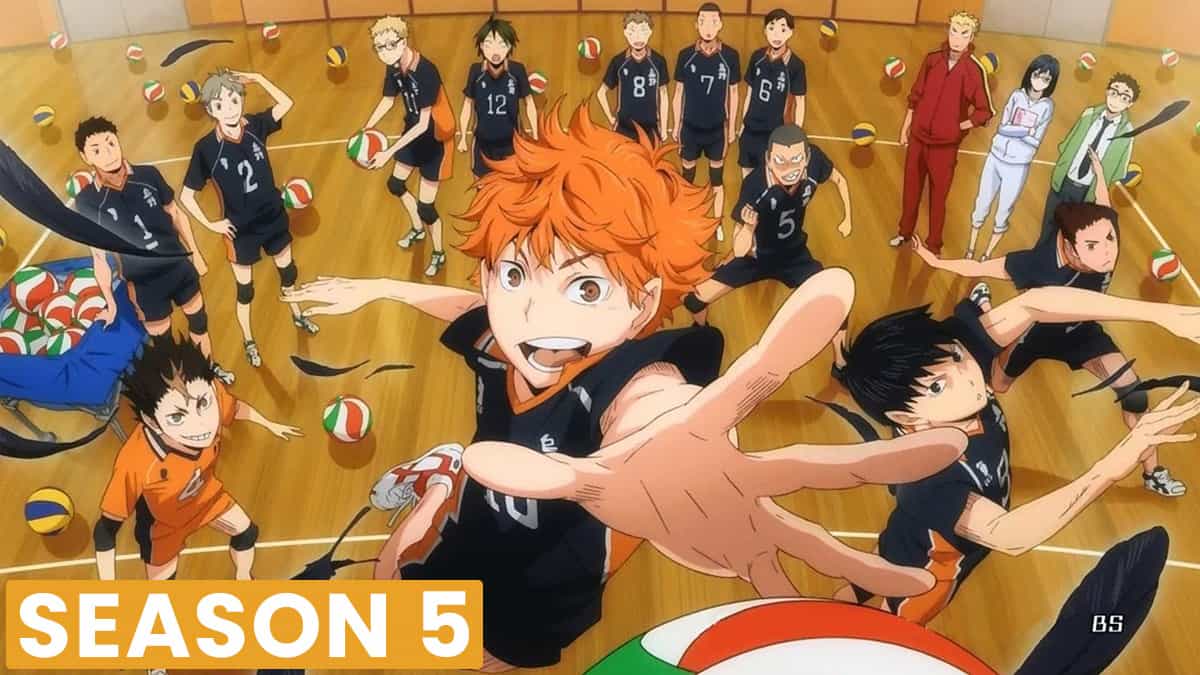 Gear up for the next game – Haikyu!! will return!

If you’re wondering when Season 5 of Haikyu!! (Haikyuu) will air, or about the future of the Haikyu!! anime, we have all the details you need to know.

The question most people want answers to is, “will Haikyu!! get a Season 5?”

Good and bad news Haikyu!! fans – as of September 2022, there is no Haikyu!! Season 5 announcement. Instead, Haikyu!! will conclude with a series of theatrical films.

A Haikyu!! event in August 2022 announced that the anime series will end with two films.

The series, entitled Haikyu!! Final, will follow the events of the anime series and serve as a conclusion to the anime.

The visual attached to the project shows the protagonist Shoyo Hinata and the film’s tagline: “Who will we become tomorrow?”

A movie premiere event will occur in August 2023, so the release date of the first film is expected in late 2023.

Check back to read more news on the films as it is released!

Although there is no Haikyu!! season 5, a teaser trailer for the finale films released alongside the announcement.

The teaser shows snapshots of the series and highlights major characters before the title reveal.

Haikyu!! is originally a manga series created by Haruichi Furudate and published in Weekly Shonen Jump. The series was published from February 2012 to July 2020.

The series follows Shoyo Hinata, a short boy in middle school with dreams of becoming a top volleyball player.

Shoyo is inspired by another short player from Karasuno High School that he sees play and decides to join his school’s volleyball team.

Shoyo quickly finds out he is the only member of his school’s volleyball team. He spends all of his time in middle school practicing – only to be defeated in his first official match again Tobio Kageyama, his new rival.

After some intense exams, Shoyo is accepted into his dream Karasuno High School, although he finds out Tobio is now his classmate.

The two join the volleyball team, and the trials and tribulations of their high school volleyball life begin!

Haikyu!! reached immense popularity during its publication. The series has over 55 million copies in circulation and is one of the most popular and best-selling manga series of all time.

The manga is licensed by Viz Media in North America and can be read on the Shonen Jump website and app.

The series received compilation films summarizing events from the anime. Haikyu!! the Movie: Ending and Beginning (Gekijō-ban Haikyu!! Owari to Hajimari), the first film, was released in July 2015.

Haikyu!! the Movie: Winners and Losers (Gekijō-ban Haikyu!! Shōsha to Haisha), the second film, was released in September 2015.

The final two films, Haikyu!! Genius and Sense (Haikyu!! Sainō to Sense) and Haikyu!! Battle of Concepts (Haikyu!! Concept no Tatakai), were both released in September 2017.

Haikyu!! also has a video game, radio drama, and a series of stage plays in Japan.

The anime is licensed by Sentai Filmworks and is available to stream on Crunchyroll.

It seems that the Haikyu!! Final series will pick right where Season 4 left off, but how much of the manga do they have left to cover?

Seasons 1 through 4 of the anime were adapted from chapters 1 through 292 of the manga.

It can be inferred that the new films will have to cover over 100 chapters of the manga to cover all of the source material.

Haikyu!! fans on social media are hesitant about the series finale announcement, as some believe that it will not be enough time for a satisfactory conclusion.

Regardless, the show goes on! Stay tuned for more Haikyu!! announcements as the new films roll out. 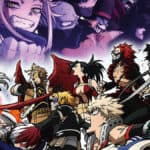