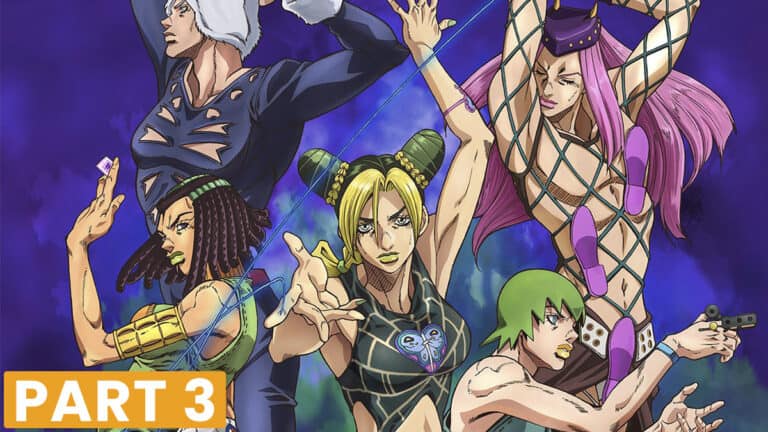 Here’s everything we know about the final part of the arc, including a trailer and when to expect the finale!

As of the release of Part 2, there is no official Part 3 release date. Most speculate that Part 2 will release in Fall 2023, as the first and second parts aired one year apart.

Netflix will also release Part 3, like Part 1 and 2. The first two parts are available on the platform to stream currently.

This is a developing story and this article will be updated with the latest release date once it is announced, so check back when it is!

The Netflix original Stone Ocean anime trailer is linked above!

Watch it and experience the journey of Jolyne Cujoh as she inherits her family’s ability and faces off against a disciple of the family enemy, Dio.

Jojo’s Bizarre Adventure is a giant media franchise created by Hirohiko Araki. The manga began in January 1987 and is ongoing in Weekly Shonen Jump. The series is one of the longest-running manga series, with over 130 volumes as of 2022.

Jojo’s Bizarre Adventure is divided (currently) into nine different arcs, with each of the new entries starring a different Joestar family member.

The story begins in 19th century England with Jonathan Joestar and leads up to the present day.

Stone Ocean is Part 6 of Jojo’s Bizarre Adventure and stars Jolyne Cujoh, the daughter of Jotaro Kujo. Stone Ocean is noted for being the first part of the series with a female protagonist.

The story is set in the United States in 2011 when Jolyne is sentenced to prison in Florida.

Jolyne is visited by her father in prison, who informs her that Jolyne’s been framed by an old enemy who wants the Jojo family line to suffer.

After Jotaro suffers an injury that makes him comatose, Jolyne vows to save her father and find the man who framed her for murder.

The franchise has spawned many spin-offs including drama CDs, video games, light novels, and a live-action film released in 2017.

The series is critically acclaimed for its story and dynamic artwork; Jojo’s Bizarre Adventure has received many accolades including being listed on multiple “Best Manga” and “Best Anime” lists.

The fashion of the series has also been influential and inspired multiple fashion campaigns and collaborations with high fashion brands, including Gucci.

All of Jojo’s Bizarre Adventure is licensed by Viz Media and is available to read on the Shonen Jump app and website. The anime is available on Netflix and Hulu.

The official Blu-Ray release of Stone Ocean in Japan announced that the entire arc will be 38 episodes, confirming that Part 3 of Stone Ocean will be the conclusion.

Part 1 has twelve episodes while Part 2 has eleven episodes. Part 3 will have thirteen episodes to round out the three parts.

With the popularity of Jojo’s Bizarre Adventure and Stone Ocean, in particular, it is highly likely that the next arc in the series, Steel Ball Run, will also be animated.

Jojo fans, stay excited for the future of the series! Expect Stone Ocean Part 3 to drop in 2023. 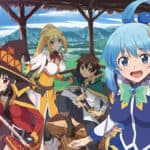