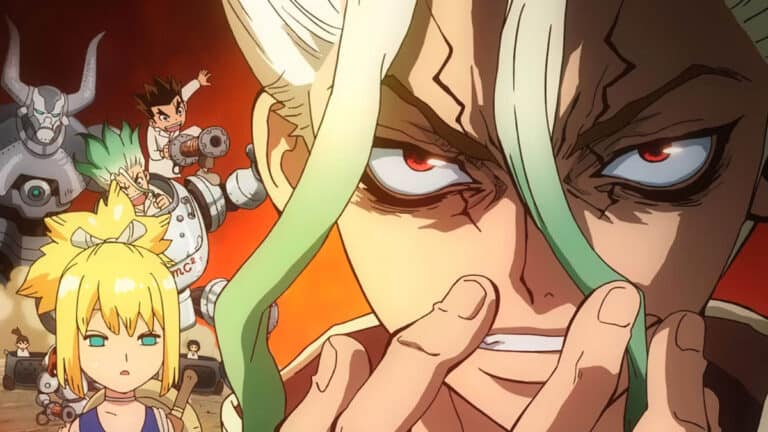 The mad scientist returns! Dr. Stone is confirmed for Season 3.

If you want to know when and where Dr. Stone airs, keep reading!

We’ll also show you the trailer and a story, so you are up-to-date when Dr. Stone returns.

The AnimeTV Twitter announced the release of Dr. Stone Season 3. The season is scheduled for April 2023, during the Spring Anime Season.

The announcement occurred at the Jump Festa event in 2022.

Alongside the announcement, a special one-hour spin-off episode focusing on Ryusui Nanami aired in July 2022. At the end of the special, the Season 3 title was revealed to be Dr. Stone: New World.

Although the season has been announced, the time slot has not been decided. This article will be updated with the latest news as it’s announced, so check back in the future!

Have no fear, a trailer is here! The trailer for Season 3 was released alongside the announcement – watch it above!

The new season focuses on the “Age of Exploration” arc as our main cast journeys out into the world, to discover the secret over the mass petrification on the other side of the planet.

The trailer shares a spot with the special spin-off episode Dr: Stone: Ryusui, which focuses on the character Ryusui Nanami.

Created by Riichiro Inagaki, Dr. Stone occurs in a world where all human life becomes petrified and goes extinct in the year 2019.

Senku is only 15 years old but is a genius scientist. He sets up a camp to study petrified humans and tries to solve the cause of the petrification himself.

Eventually, Senku cures some friends and wakes them up to form a group focused on rebuilding civilization with chemistry.

However, one of the people revived is Tsukasa Shishio, a boy who believes humanity is evil and should not be saved.

Thus a war begins between the two minds: Senku, who wishes to rebuild the world with science, and Tsukasa, who wants to rebuild with power.

Dr. Stone was published in Weekly Shonen Jump in Japan from 2017 to 2022. The series has 26 volumes and is extremely popular worldwide.

The anime adaptation was announced in 2018 and the series, produced by TMS Entertainment, aired in 2019. Now, the newest third season is set to air in April 2023.

The manga received the 64th Shogakukan Manga Award for the “Shonen” section in 2019 and has over 10 million copies sold. The series continues to receive awards and ranks high on many “Best of Manga” and “Best of Anime” lists.

Nicholas Dupree of Anime News Network called Dr. Stone underrated. He complimented the series’ attention to detail and facts regarding chemistry and engineering.

Even Kari Byron, from the television series Mythbusters, praised much of the chemistry present in the series!

The manga is licensed by Viz Media and is available to read digitally on Manga Plus.

The anime is licensed by FUNimation and was dubbed on release. The series aired in America on Toonami, but you can watch the series on Crunchyroll too!

The third season of Dr. Stone is on the horizon, but fans wonder how much of the entire story in the manga will be covered in the anime.

Season 3 will cover the “Age of Exploration” arc in the manga, but there’s also a possibility the anime will also cover the “Treasure Island” arc from the manga as well.

The anime series for Dr. Stone has 24 episodes in the first season, and 11 in the second. But this third season might surprise us with the length!

If this season doesn’t extend to 24 episodes, look forward to a possible Season 4!

As the story covered will likely only extend to Chapter 138 of the manga, there are over 90 more chapters to cover until the end of the story.

And with the popularity of Dr. Stone, it’s safe to say that the anime will adapt the entire manga.

Dr. Stone fans, stay excited and check back for future updates on Season 3! 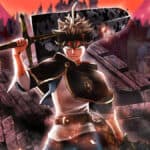