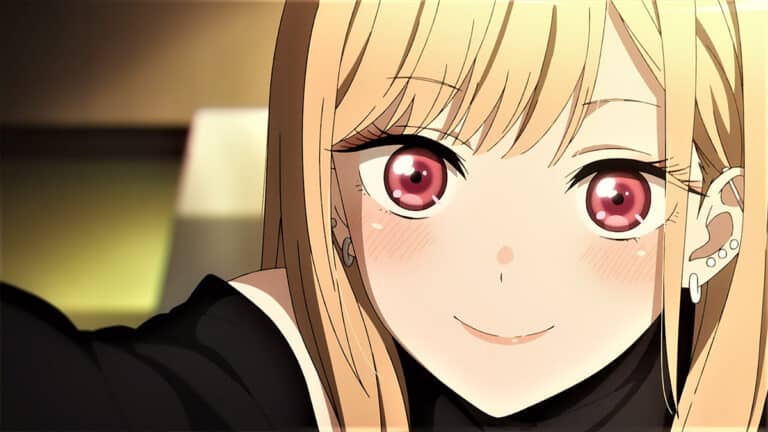 Get ready to dress up for the main event! Everyone wants to know when the next season of My Dress-Up Darling airs – or if there is even a Season 2 planned!

We’ve listed everything we know about the future of My Dress-Up Darling below.

UPDATE: Season 2 announced! Aniplex revealed at the Aniplex Online Fest 2022 that a second season was in production!

Released alongside the announcement was this cute illustration of a Wakana and Marin celebrating the news (pictured above).

The Twitter account Anime News And Facts stated that a My Dress-Up Darling Season 2 is currently in production, although official sources have not substantiated this claim.

In a Tweet following the rumor, they claim “[the] first season ended at chapter 39, [and] the manga is currently at chapter 79. Aniplex would prefer to have a bigger gap to instantly greenlit [season 3].”

UPDATE: Season 2 has been announced! Watch the teaser trailer released with the announcement above!

The trailer highlights cute moments from the original series along with the news!

The series is beautifully animated by the studio CloverWorks, with voice acting by Shoya Isige and Hina Suguta.

My Dress-Up Darling is available to stream on Crunchyroll.

Wakana dreams of becoming a craftsman, just like his grandfather, who created Japanese hina dolls.

Unfortunately, as a child, Wakana is ridiculed for his feminine interests and decides to hide his passion from everyone around him.

One day, a popular classmate named Marin Kitagawa discovers Wakana can sew and asks him to create a cosplay for her.

Wakana is initially hesitant, but after creating one costume for her he discovers a new passion for creating costumes. And so begins an unconventional love story begins between a cosplayer and a high school boy!

The manga for My Dress-Up Darling is currently ongoing and published in the magazine Young Gangan in Japan. The series currently has 9 volumes and has over 7 million copies sold.

The anime adaptation was announced in April 2021 and aired in January 2022 during the Winter Anime Season; the series was one of the most popular of the season.

The animation production is by CloverWorks, a subsidiary of Aniplex. The production company is known for its work on Darling in the Franxx, Rascal Does Not Dream of Bunny Girl Senpai, and Spy x Family.

The director, Keisuke Shinohara, is known for his work on Flip Flappers, Kiznaiver, and Devilman Crybaby.

Funimation owns the license to the series in North America; Funimation also dubs My Dress-Up Darling. Wakana Gojo is voiced by Paul Dateh and Marin Kitagawa is voiced by Amanda Lee.

Square Enix publishes the My Dress-Up Darling manga in North America. It is available in paperback and digitally from Amazon and Barnes & Noble.

UPDATE: Although Season 2 has been announced, no airing date has been given – only that the series is green-lit and in production.

No further news is announced for the future of My Dress-Up Darling, but rumors state that possible new announcements could happen at Aniplex Online Fest 2022.

The online event occurs on September 24 2022 at noon JST (September 23 2022 at 8 PM PT/11 PM ET for American viewers). The event is streaming on Aniplex’s YouTube channel and major announcements are expected for major series.

Nineteen series have been announced for brand new announcements, including My Dress-Up Darling. Other series receiving announcements include Kaguya-sama: Love is War and Demon Slayer: Kimetsu no Yaiba.

This story is developing, so check back to read more about the announcements after this date! 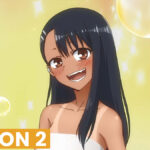