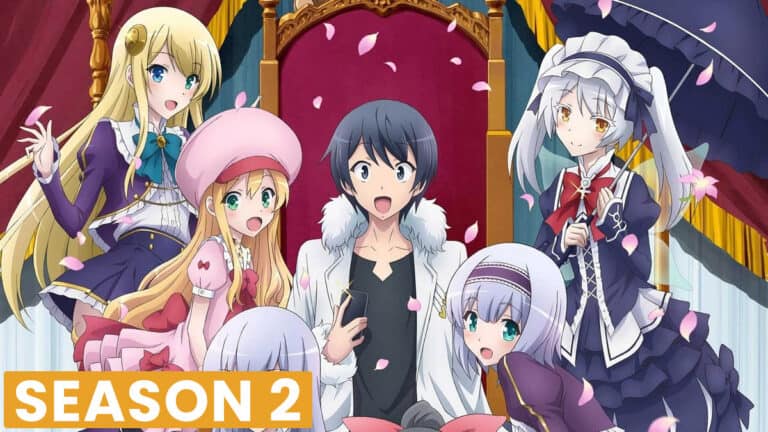 Touya Mochizuki and his godly smartphone are returning with a visual revamp and new additions to his growing harem in April 2023.

The second season premiere of In Another World With My Smartphone, or Isesuma, was revealed by its official website on July 22, 2022, along with the announcement of new staff and a different animation studio.

Meanwhile, the April 2023 premiere was unveiled last November 25, 2022, by the website, along with a new visual and the season’s second PV.

Renowned anime studio J.C.Staff is expected to put a different flair to Isesuma, which was plagued by the usual afflictions of isekai anime.

Will Touya’s fluffy OP life finally encounter troubles and villains that will at least make the MC sweat? Fans sure hope so.

In Another World With My Smartphone Season 2 Release Date

In Another World With My Smartphone Season 2 Release Date

Both Isesuma’s official website and the J.C.Staff are yet to announce a specific broadcast premiere, apart from aiming for an April 2023 release window.

Five years is long enough for a wait, so an optimistic estimate is April 11, 2023, the first month of the anime season, on a Tuesday slot (just like season 1).

Nonetheless, this article will be updated as soon as developments about the second season’s broadcast are revealed.

In Another World With My Smartphone Season 2 Trailer

The second PV above was released on November 25, 2022, by the anime’s official website.

It features a preview of the second season’s animated scenes, with information on the April 2023 debut and other broadcast details at the end.

The website’s post also revealed a new visual, along with fun comments from the cast members.

The first PV teaser was released by the website on July 25, 2022, then shared by Isesuma’s official Twitter account, along with the first poster for the second season.

Highlighted in the teaser were three new girls that will become part of Touya’s entourage, namely: Lucia Leah Regulus, Hildegard Minas Lestia, and Sakura, all of whom are princesses of their respective kingdoms.

This should finally complete the Bride Conference, a congress created by the brides of Touya. Yeah, that exists.

Overpowered abilities and luck? The God who accidentally killed Touya certainly did not shortchange him.

Isesuma should be in good hands, as well, now that it’s picked up by J.C.Staff, which is a studio known for great but tongue-twisting isekai titles such as Is It Wrong to Try to Pick Up Girls in a Dungeon?, How a Realist Hero Rebuilt the Kingdom, and the movie KonoSuba: God’s Blessing on This Wonderful World! Legend of Crimson.

The PV teaser also revealed the returning cast while introducing the new ones who will voice the new characters.

In Another World With My Smartphone Story and Season 2 Expectations

In one of the most unusual isekai circumstances, Touya is the unlucky dude that God accidentally smites with a stray bolt of lightning. Suddenly, Truck-kun is an acceptable alternative.

While unlucky to be a victim of God’s thoughtless blunder, Touya was showered with providence in his new world.

As an apology, God gives him a chance to live again but in a magical fantasy world, along with one wish.

Touya accepts his new fate and simply wishes to keep his smartphone with him. God then went all out and upgraded not only the smartphone but also Touya’s physical, magical, and cognitive abilities.

Armed with a new OP body and technology beyond the magical world he belongs to, Touya embarks on a journey to discover the secrets of his new world, gaining the acquaintance (and love) of many women and high-ranking people.

Touya also gets involved in both small and big disputes, do side quests, and quite easily pick up harem members while nonchalantly finding joy in his journey.

Aside from the new harem members brought in by the second season’s announcement, Touya will probably finally get to see some serious action and get involved in his new world’s mystery.

At the end of the first season, the major reveal of Professor Regina Babylon’s prophesy and creation of Babylon gynoids gives some twists to Touya’s leisurely adventure.

The 5000-year-old prophesy of Dr. Babylon regarding Touya’s arrival to the world should entangle the MC to some plot-driven courses of action.

These beings indiscriminately destroy the worlds this mysterious core goes to, and Touya’s new world is the current target.

These aliens should provide some difficulty to Touya, and fans hope to see some action between these two in the second season.

In Another World With My Smartphone News

Patora Fuyuhara first wrote In Another World With My Smartphone as a serialized web novel on the Shōsetsuka ni Narō website in 2013.

An adaptation by mangaka Soto began in 2016, with the first one later published on Kadokawa Shoten’s Comp Ace in its January 2017 issue.

The first season of In Another World With My Smartphone, broadcast in 2017 from July 11 to September, was produced by Production Reed (now Ashi Productions).

Isesuma’s first season did not get the love from hardened anime fans, but this isn’t new to the isekai subgenre.

The anime was bogged down by the tropes Fuyuhara initially wanted to make fun of.

A generic MC was created using Kirito’s mold. An extensive harem of girls from high places. A super tool in the hands of a super-gifted MC. A new world journey towards Godhood with little to no challenge.

It was filled to the brim with done-to-death themes, but the joke missed its target, and these tropes instead became Isesuma’s baggage.

Hopefully, with J.C.Staff’s intervention, as well as the introduction of new friends and foes, Isesuma can finally become an isekai worth watching. 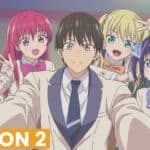