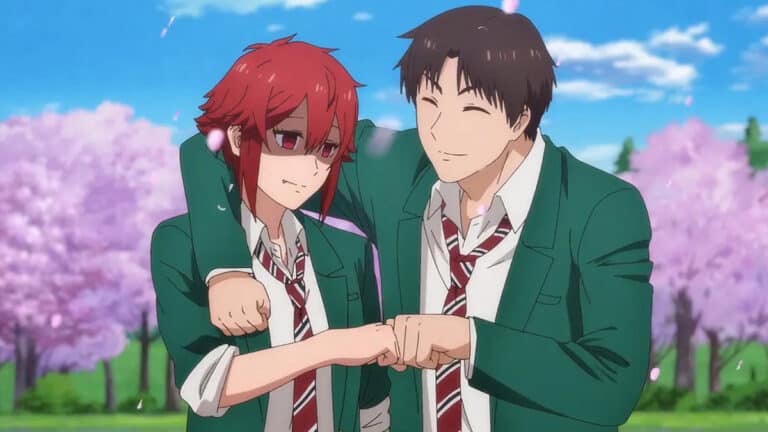 Be ready for another rom-com, this time featuring a tomboy and her dense male friends. Tomo-chan Is a Girl! premiere on January 5, 2023. The 13 episodes full of laughter will accompany you for the winter anime season of 2023.

This series will emphasize the effort Tomo put into cracking the hard skull of Junichirou. There is no drama aspect included in the package. So, you can keep your tissue away unless you want to wipe out your tears from laughter.

Sure, it is not a new concept in the new world of anime. You already have Tsurezure Children (2017) and Gekkan Shoujo Nozaki-kun (2014), which are awesome in their own right. Regardless, fans always accept this genre of anime with open arms.

What will you expect in Tomo-chan Is a Girl!? Let’s dive in!

Tomo-chan Is a Girl! Release Date

Tomo-chan Is a Girl! Release Date

0 Days 0 Hours 0Mins 0 Secs
Tomo-chan Is a Girl! has already been released!

Not only that, but they also revealed the rooster of the main staff and cast. They also released the first PV as well.

Then, the release date was announced on November 27, 2022. Tomo-chan Is a Girl! premiered on January 4, 2023. In addition, they released a third PV and key visual.

The staff put a lot of effort into promoting the anime. Aside from the announcement at Anime Expo, they also promote the anime in several events such as Aniplex Online Festival 2022 and Kitakyushu Pop Culture Festival 2022. Moreover, they also held an individual first-episode pre-screening event three times in three different cities; Nagoya, Osaka, and Tokyo.

Tomo-chan Is a Girl! Trailer

The third PV of Tomo-chan Is a Girl! was released on November 27, 2022. At the same time, the anime’s release date was also announced.

Not only equipped with great VAs, but the staff of this series also has an excellent track record. Nanba Hitoshi (Golden Kamuy) is the director of the show. The script is written by Shimizu Megumi (Banished from the Hero’s Party). Moreover, the music will be in the hands of Yokoyama Masaru (Your Lie in April).

Lay-duce studio takes the reins in producing the anime. Albeit still a young studio, created in 2013, this studio already made several “acceptable” anime such as Magi: Adventure of Sinbad and Fate/Grand Order: First Order. This series may become a stepping stone for their future project.

The opening song is provided by Maharajan with the title “Kurae! Telepathy!“. On the other side, the ending will be brought by the VAs of Tomo (Rie Takahashi), Gundou (Rina Hadaka), and Carol (Amaki Sally) entitled “yurukuru * love“.

Tomo-chan Is a Girl! Story

The story follows Tomo Aizawa, an extremely tomboy-ish girl who loves her childhood friend, Kubota Junichirou. The problem is her friend always treats her as a boy.

His skull is so dense that when Tomo confesses her feeling, he just says he also loves her nonchalantly.

Sure enough, Tomo gets pissed off. Now she has to do anything to make him realize her womanly charms.

With the support of her best friend, Gundou, can Tomo make Junichirou realize her love?

Tomo-chan Is a Girl! News

Tomo-chan Is a Girl! is based on a 4-panel manga (4-Koma) with the same name created by Fumita Yanagida

Then, the manga was compiled into 8 volumes by Kodansha. Later, Seven Seas Entertainment licensed the English version of the manga in February 2018.

Crunchyroll already secured the seat for streaming this series. They will also make the English dub for the series. Alas, the VAs for the English dub only reveals Lexi Nieto as Tomo Aizawa and Sally Amaki as Carol Olston, who will be voicing the Japanese version as well.

Now that the stage is set, will Tomo-chan Is a Girl! bring success for Lay-duce? Knowing how often they promote the series, we can only wait for the next year’s winter-slated anime. 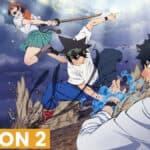