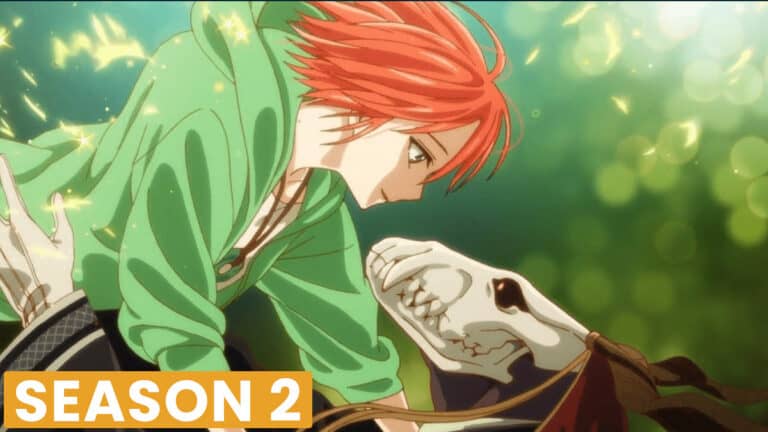 After five long years, Elias and Chise are returning to serve their fans again a magical slice of life in April 2023.

Twin Engine announced via a special live stream event on September 5, 2022, that the second season of The Ancient Magus’ Bride is in production. A teaser and a visual were also revealed along with the announcement.

The upcoming season’s staff and cast of the popular series is a combination of returnees from the WIT Studio-produced season 1 and the original animation DVD (OAD) series by Studio Kafka.

The new production will be handled by Studio Kafka, which was formed in 2021 to replace WIT Studio in producing the beloved manga’s OAD series, The Ancient Magus’ Bride: The Boy from the West and the Knight of the Blue Storm.

While there’s yet to be news about the broadcast premiere dates from Studio Kafka, fans should expect a release on April 8, 2023.

Based on the release history of The Ancient Magus’ Bride, the people behind the first season and the two mini-series have a knack for releasing them early. April 8th is a Saturday, just like season 1’s Japanese timeslot.

This article will be updated with the confirmed dates once Studio Kafka releases information about such development.

The series will be broadcasted on their previous partner channels, Tokyo MX and BS11. The episodes are also expected to be streamed on Prime TV and Hikari TV on the same day.

To whet the appetite of Japanese fans who waited for five years, The Ancient Magus’ Bride season 1 was also rebroadcasted in early October this year on Tokyo MX and BS11, as well as three other Japanese TV stations.

Twin Engine released the promotional video teaser above in conjunction with the announcement of the second season’s anime production on September 5, 2022.

Tanezaki and Takeuchi were the voice actors of Chise Hatori and Elias Ainsworth, respectively.

Hatori Chise is worn out and wants to escape her life. After her father and younger brother run away together and her mother breaks down and kills herself in front of Chise, it’s not hard to imagine why. She moves to a distant aunt’s house as an unwanted visitor and is branded as a problem child, further driving her into misery.

In desperation, Chise decides to sell herself to slavery to find a new home.

And her new “home” comes in the form of a seven-foot-tall humanoid with an animal skull for a head, a mysterious magus named Elias Ainsworth.

Elias buys himself a special apprentice in Chise with a price tag of five million pounds.

Chise is a sleigh beggy; she has a special constitution, making her an excellent magus, but with a short lifespan.

With Elias, Chise explores the world in hopes of finding a cure while learning more about her abilities and the world her family has been trying to escape from.

This gorgeous retelling of a romantic fairy tale painted in surreal colors is a literary wonder to behold.

Unsurprisingly, the manga written and illustrated by Yamazaki became a favorite even outside Japan. The anime’s first season even won Best Drama at the 2017 Crunchyroll Anime Awards.

Even five years’ worth of waiting and a studio change cannot diminish the fans’ appreciation for this anime.

And now, fans have a reason to get excited, as the second season will become “a little more lively and [with a] slightly different atmosphere,” as voice actor Takeuchi shares.

The second season will bring in the Gakuin Arc, where Elias and Chise join the College to further their research on a sleigh beggy’s short life.

Voice actor Tanezaki remarks that the highlight of this arc is Chise’s transformation, as she “will be involved with more people than ever before.”

Though the magazine ceased publication on September 1, 2014, a website was launched to publish its manga series online, including The Ancient Magus’ Bride.

In the manga’s fifth volume, a three-part prequel anime titled The Ancient Magus’ Bride: Those Awaiting a Star was announced.

Wit Studio produced this three-episode anime about Chise’s past encounter with a mysterious library in a forest. It was shown in Japanese theaters from 2016 to 2017.

The studio also produced the 24-episode season 1 of The Ancient Magus’ Bride during this time, starting its broadcast on October 7, 2017.

Another three-part production, this time an OAD, was announced on March 29, 2021.

It was confirmed that this anime, The Ancient Magus’ Bride: The Boy from the West and the Knight of the Blue Storm, was the “first part” of a new project.

Studio Kafka was then established to handle the production of the OAD series and the succeeding projects.

The “second part” turned out to be The Ancient Magus’ Bride’s second season. 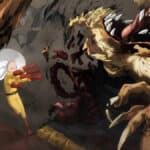