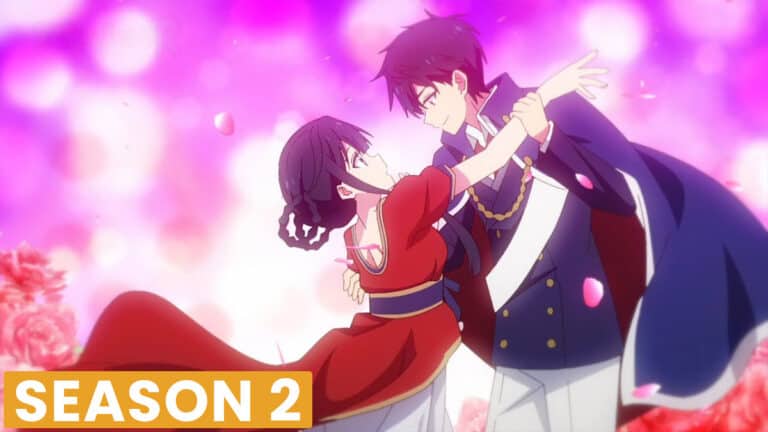 The second season of Masamune-kun’s Revenge is set to premiere on April 4, 2023. It was announced on the official website on November 25, 2022. The sweet revenge of Masamune will continue in France!

Now that the manga is already finished, it can be expected that this will be the last season of Masamune-kun’s Revenge. The series turns the tide down even after getting a lot of criticism. Most of the critics say the show is full of romcom clichés, and others criticize how shallow the reason for Masamune getting his revenge is.

There was a sign about the second-season decision. After scraping through the official Twitter, there was a rebroadcast program for the first season in January 2022. The last episode was aired as an ODA on March 30, 2022.

Then, as the April fool’s event, they decided to reveal the second season announcement. After four posts on the same day, they officially announced the second season in the evening. At the same time, they released the commemorative PV, which incorporates the first season scenes.

Finally, the release date, as well as the PV for the second season, was announced on November 25, 2022. Masamune-kun’s Revenge premieres on April 4, 2023.

The trailer shows the next destination of Masamune-kun’s Revenge in France. There will be a new additional cast for the second season. The news on the website covers two additional cast members related to the next season.

The staff from the first season is reprising for the second season. Minato Mirai is in charge of directing the anime. The script is written by Yokote Michiko, while the sound is directed by Kameyama Toshiki. SILVER LINK studios will still handle the production of the anime.

The cast also comes back with an additional two members.

Ohashi Ayaka provides the opening song like the first season, entitled “Please, please!“. Unfortunately, the ending song has yet to be announced.

Makabe Masamune was a fat kid who was called a piglet by his first crush. Brokenhearted, he decided to train with his grandparents in the mountains. Fueled by revenge, he grows up to be an ideal handsome boy.

Now, what’s left for him is to make his first crush, Adagaki Aki, fall in love with him and then dump her. Perfect plan. Unfortunately for him, his nickname from childhood, piglet, is still known by someone.

Aki’s servant, Koiwai Yoshino, sends him a letter with a nickname attached to it. Thinking that his plan for years is falling apart, he starts to think he’ll just need to accept his failure, but, as it turns out, Yoshino wants to help him avenge Aki.

Can Masamune get his revenge?

Masamune-kun’s Revenge is based on the manga of the same name, written by Hazuki Takeoka and illustrated by Tiv.

The series was published by Ichijinsa and serialized in their Monthly Comic Rex magazine from October 2012 to June 2018. Then, it was compiled into ten volumes with additional short stories entitled “Masamune-kun’s Revenge After School“.

The manga was licensed by Seven Seas Entertainment on September 4, 2015. The last volume of the English version of Masamune-kun’s Revenge was released on June 16, 2020.

The anime covers the six volumes of the manga or 30 chapters of the whole series. It leaves around four original manga volumes, that is, 19 chapters, to be animated.

It is good if the studio decides to animate the additional stories. But the impactful ending will suffer from that. So, there is a chance that this anime has 10 or 11 episodes. Sure, it falls short of other anime, but to save the fans’ satisfaction, it is the best course of action.

Or is it possible the staff has another plan? Let’s wait for Masamune-kun’s Revenge’s second season to air! 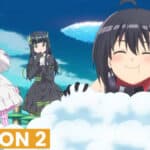