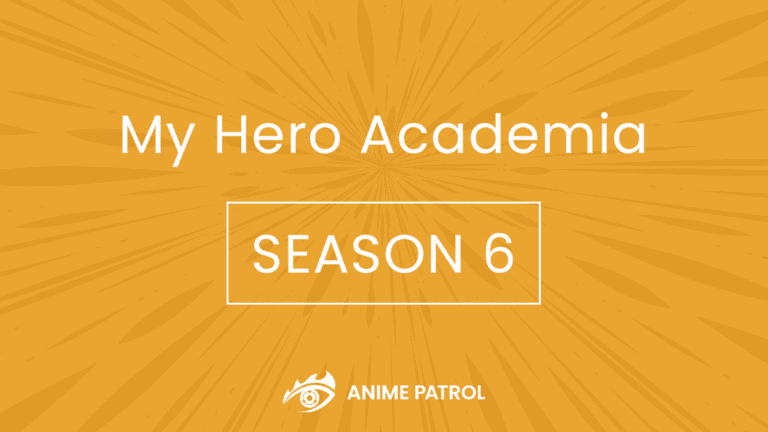 My Hero Academia is back and better than ever.

We’ll start with the release date.

My Hero Academia has returned!

The new season will air for 25 episodes, the same as seasons one through five.

The series streams on Crunchyroll for fans worldwide.

View the trailer for the newest series above! The tense teaser showcases a fierce war between our favorite heroes and villains.

Season 6 adapts the “Paranormal Liberation War” arc from the My Hero Academia manga.

My Hero Academia, created by Kohei Horikoshi, is set in a world where the majority of people possess a superhuman power known as a “Quirk.”

Izuyu Midoriya, also known as Deku, is a boy who’s always dreamed of becoming a superhero. Unfortunately for him, he is among the small percentage of people not blessed with a Quirk.

Deku has a streak of luck when he meets his childhood idol, the hero All Might, and discovers his Quirk is not all it seems.

All Might miraculously gives his Quirk to Deku – and for the first time, Deku can be the hero he’s always dreamed of being.

The franchise has been a critical and commercial success. The manga began serializing in the Weekly Shonen Jump magazine in July 2014 and has over 35 volumes. My Hero Academia has seen great success in America – being listed on the New York Times best-seller list multiple times.

The anime series is produced by studio BONES. They are known for multiple acclaimed series, including both adaptations of Full Metal Alchemist, Soul Eater, and Noragami.

The first season aired on April 2016 to critical acclaim, and a new season has aired every year following (excluding 2020).

The manga is licensed by Viz Media, while the anime is licensed and dubbed by Funimation in North America.

There’s more news in the My Hero Academia world than just the newest season.

Let’s start with news regarding the intro and outro songs.

Intro And Closing Songs For The Newest Season

Everyone loves a good anime opening, and the new My Hero Academia opening and closing songs are both great!

The Season 6 intro is entitled “Hitamuki” by the band SUPER BEAVER, and the ending sequence song is named “SKETCH” by Kiro Akiyama.

The group SUPER BEAVER is known for providing the theme song to Barakamon and the 9th ending to Naruto Shippuden.

Kiro Akiyama is known for the second season theme of The Promised Neverland.

The My Hero Academia franchise has proved you can adapt a good story anywhere – even on the stage.

The series has had successful stage plays adapting arcs of the series in Japan, but fans may have to wait a bit longer for the next.

Three performances of the stage play My Hero Academia: The “Ultra” Stage: Homono no Hero PLUS ULTRA Ver. were postponed due to an actor injury.

Performer Akiyoshi Tsujimura injured his leg during a previous performance.

The canceled performances would have occurred in Osaka on April 22-24, 2022.

The stage adaptation has had a bit of bad luck, with previous plays in the franchise canceled due to some incidents. 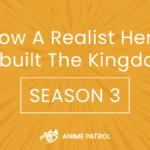