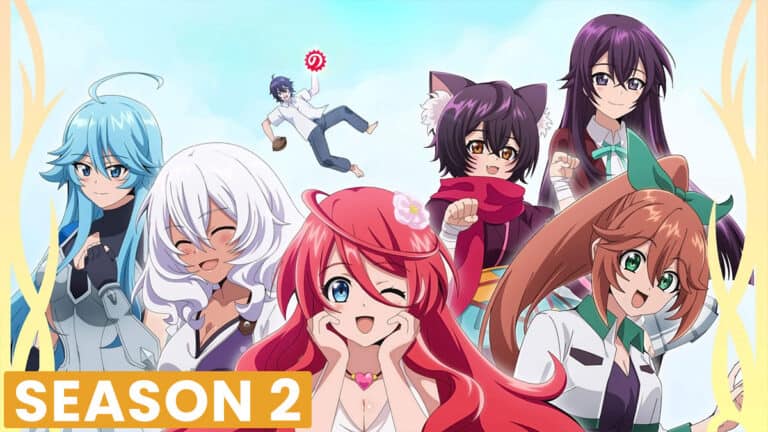 If you started to miss isekai’s unforgettable gorilla romance, fret not, Seiichi and Saria are coming back on January 13, 2023.

The debut of the sequel of The Fruit of Evolution: Before I Knew It, My Life Had It Made was confirmed on November 24, 2022, through the second promotional video posted by the anime’s official website.

Despite season 1’s unsatisfactory reviews, this beleaguered series was confirmed for a winter 2023 return via a special PV announcement last August 8, 2022.

The two PVs animation showed improvements, though, and the hopeful followers of Seiichi and Saria’s love story are looking forward to another round of absurdly fun, comedic isekai.

0 Days 0 Hours 0Mins 0 Secs
The Fruit of Evolution Season 2 has already been released!

Another station, BS-TV Tokyo, will air the premiere on January 16. NTT Docomo’s d-anime store and other similar Japanese services will also stream Shinka no Mi season 2.

The news of The Fruit of Evolution’s renewal was announced on April 1, 2022 (not an April Fools’ joke) and was confirmed in August during the anime’s industry panel at Crunchyroll Expo 2022.

Over the next few months, staff changes were announced, particularly that of previous director Yoshiaki Okumura who has now become the chief director.
Shige Fukase, who directed episodes of That Time I Got Reincarnated as a Slime, will take over as the new director.

Other new members of the staff were: Iroha Mitsuki and Nobuhide Hayashi as character designers; Hiroyasu Yano, Arisa Okehazama, and Yūki Saitō as composers; Mikihiro Harabe as art director; and Hisashi Muramatsu as sound director.

These changes are basically a revamp, and here’s hoping this will help redirect Shinka no Mi’s fortune.

The Fruit of Evolution Season 2 Trailer

The funny video above was the second PV for the second season of The Fruit of Evolution, released on November 24, 2022.

Judging from how the two PVs looked, Shinka no Mi isn’t monkeying around anymore.

Fans are excited, and rightfully so, as the animation clearly improved while also remaining riotously funny.

The second PV revealed more scenes and characters, compared to the first one, released on September 22, 2022, focusing more on the fight between Seiichi and Saria against a seemingly powerful villain.

The said villain was introduced in the first PV as Seiichi’s adversary, Destra, voiced by new cast member Miyuki Sawashiro.

Sawashiro was revealed as cast earlier, along with Tomokazu Sugita, who will voice Vitor.

Apart from the broadcast details, the additional cast members and the opening and ending songs were detailed on the second PV.

The opening and endings songs were titled “Evolution” and “Adore Me,” performed by Nano and Erii Yamazaki, respectively.

As revealed by the captions on both videos on the Youtube account of the anime, Seiichi will see a new turning point in the form of a teaching position at Barbador Magical Academy.

In Season 1’s last episode, Seiichi was invited to teach at the academy after displaying his extraordinary power.

Another piece of information highlighted in the descriptions was the Demon Cult, an evil organization Destra belongs to.

Will The Fruit of Evolution finally earn its place among the isekai greats with the second season?

The Fruit of Evolution Story and Season 2 Expectations

Seiichi is a poor guy. He gets bullied for being overweight and having a miserable appearance.

In the words of his bullies, “Seiichi Hiiragi is an ugly, revolting, dirty, smelly fatass.” Yeah, poor guy.

This all changed when a voice claiming to be God announced over the school PA system Seiichi’s isekai chance.

He isn’t the only one, though. God will transport the entire school to another world with game-like elements such as levels and skills.

Even while preparing for the school’s departure to the new world, poor Seiichi is excluded from groupings.

The MC is summoned to a different area when they come to the new world.

Left alone in a different world, Seiichi is approached by a gorilla, who, for some reason, is attracted to him.

Seiichi and the lovestruck gorilla find a magical fruit called the Fruit of Evolution.

The duo eats it; the rest is a ridiculous isekai story for the books.

While Shinka no Mi is an amusing story, it isn’t really the best isekai entry out there, especially with its blatant use of the subgenre’s overused tropes.

Seiichi’s fights are quick and primarily uninteresting due to the power gap.

Fans also find the MC’s habit of collecting monsters as part of his harem, even though they transform into and look like humans, to be a touch overdone.

The series’ has similarities with another popular isekai anime, Arifureta: From Commonplace to World’s Strongest.

In that sense, Shinka no Mi is like Arifureta’s underappreciated little brother, but the latter does it better regarding world-building.

Hopefully, the second season will give better fights, especially with the introduction of the Demon Cult, now that Seiichi’s fight against Destra in the trailer has already hyped the fans.

Shinka no Mi should finally “evolve” and make the best out of their revamped staff.

The Fruit of Evolution News

The Fruit of Evolution: Before I Knew It, My Life Had It Made (or Shinka no Mi: Shiranai Uchi ni Kachigumi Jinsei o) was based on a 2014 light novel of the same name.

The light novel series was written by Miku and illustrated by U35, and it started serializing on the popular self-publishing website Shōsetsuka ni Narō.

Futabasha acquired the publishing license of Shinka no Mi and has since released the light novel volumes since September 2014 under their Monster Bunko imprint.

A Shinka no Mi manga was adapted in September 2017 by illustrator Sorano and has been serialized through Futabasha’s digital publication Web Comic Action.

Hotline animated the series, but it was produced by Studios Feel inc. and Children’s Playground Entertainment.

As the announcement for the new season was made on April 1, 2022, the anime also joined the NFT craze by launching a limited NFT Present campaign.

The campaign released 100 Fruits of Evolution at OpenSea, such as the Fruit of Saria.

The author Miku created another isekai light novel series in 2017 called I Got a Cheat Skill in Another World and Became Unrivaled in the Real World, Too.

Miku’s second series will also be adapted into anime, with a premiere slated on April 2023. 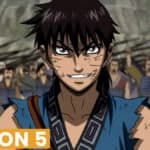