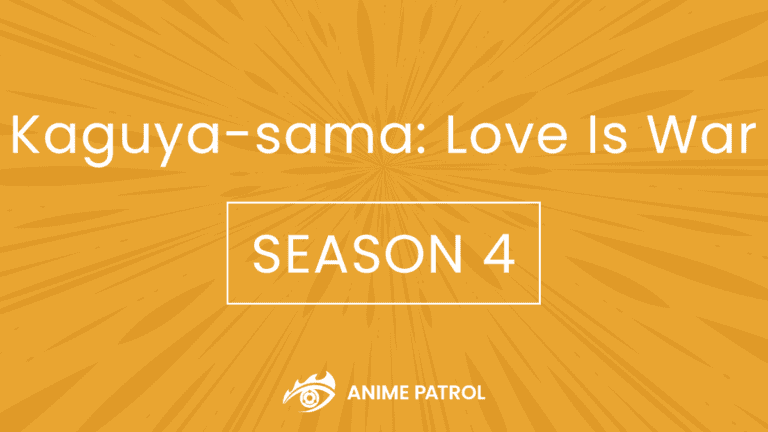 With the First Kiss movie coming in, season 4 of Kaguya-sama: Love is War will soon be planned and announced in the coming weeks.

The fandom of the best rom-com anime in recent memory is stirring after the third season ended in the most awaited, romantically exciting scene between the two MCs, leaving their shippers wanting a continuation.

Kaguya-sama’s official Twitter further teased the fans on June 24, 2022, with an announcement saying, “A new animation will be produced.”

Though the announcement likely pertained to the movie Kaguya-sama: Love Is War – The First Kiss That Never Ends, the call for a new season never died down and even intensified further.

After a long battle in love, student council leaders Kaguya Shinomiya and Miyuki Shirogane finally shared a kiss so intense it needed a movie.

Will the two finally start taking things to the next level?

A-1 Pictures will likely announce season 4’s production details at the movie’s end or a day later.

And when they do, expect this article to be updated with relevant information.

In the meantime, it is safe to assume a workable release date for the awaited Kaguya-sama: Love Is War season 4.

If the fourth season starts production sometime after the movie’s release, fans can expect a release in late 2023, most likely a Fall 2023 window.

A-1 Pictures spent six to seven months working on seasons 1 and 2. Season 3 was unfortunately delayed due to COVID, taking a year and a half to complete.

With the fans’ clamor and the COVID restrictions loosened, a production at A-1 Studios in full strength should be able to do season 4 faster than season 3, minus any hindrances in production, of course.

The creators of Kaguya-sama: Love Is War consistently released the anime on the second Saturday of the target month. Hence, a premiere on October 14, 2023, would be a reasonable prediction.

Although the production has yet to confirm a fourth season, Kaguya-sama 4 is almost guaranteed, seeing how popular the anime has been during its three-season run.

Kaguya-sama: Love Is War consistently placed among top anime lists, and the reviews seem to get even better each season.

One notable clue for season four was spotted by eagle-eyed viewers: Kaguya’s eyes seem to hint at it in one scene.

And this is not the fans being desperate either; it could be remembered that season 3 was also hinted at through a hidden message.

Still, no matter how A-1 goes through with it, fans will always relish how season 3 ended, even though some rude balloon covered the kiss.

Since there’s no official word yet regarding the fourth season, please enjoy this trailer for the anime’s upcoming movie, Kaguya-sama: Love Is War – The First Kiss That Never Ends.

As the title and the video suggest, the movie centers around what happens after the embattled couple Kaguya and Miyuki share a long-awaited first kiss.

The movie is a direct sequel to the third season since it covers the 10-chapter Christmas-themed story arc following the events of Ultra Romantic.

It will cover the highly-anticipated post-first-kiss arc, with the two MCs dealing with lewd thoughts after such intense smooch.

The naive Kaguya was even scared that Miyuki might think of her as a “lecherous nymphomaniac” after using her tongue on the first kiss. Yikes!

With these thoughts making their interactions awkward, the couple will try to navigate their ship in a new direction while dealing with the new-love jitters.

This is a very “normal” love story of two geniuses.

Student council president Miyuki Shirogane and vice-president Kaguya Shinomiya of the senior high school division of Shuchiin Academy are in the midst of a battle.

The two popular students are each other’s perfect match: Kaguya is a daughter of a wealthy family, while Miyuki is a top student well-known all over the prefecture.

They clearly like each other, but these proud lovebirds are too proud to admit it, hence waiting for the other to confess first.

Thus the ongoing war of wits and heart: the loser is whoever confesses first or even shows slight signs of affection.

A cast of quirky and distinctive characters join the ruckus as this perfect duo outdoes each other in a war for love.

Akasaka’s vision of two closet tsunderes “who like each other, having battles of the mind” is proven to be a great draw.

It’s an all-rounded romantic “war” with heaps of comedy and hints of suspense interspersed with battles.

Romance is somewhere around there, played skillfully on strings by two masters who just can’t lower their feelings of pride to a mere ‘love confession’.

Over the past years, the fans saw how the two grow and slowly accept the complicated trappings of young romance, eventually coming to terms with their affection for each other.

A special visual was even released by the anime’s official Twitter, succeeded by a 24-hour “Kaguya Day” project to help fans reminisce with the cast and staff.

The official website and the Twitter account initially teased that a new arc is heading to the big screen as a special treat for the fans ahead of its TV broadcast.

It was not yet revealed how A-1 will feature the next animation project, which was titled “First Kiss wa Owaranai (The First Kiss Never Ends)”.

Kaguya-sama: Love Is War is based on the Japanese romantic comedy manga series of the same name written and illustrated by Aka Akasaka.

It was first published in Shueisha’s Miracle Jump, a seinen manga magazine, from May 2015 to January 2016.

The series has since transferred to Weekly Young Jump in March 2016.

A-1 Pictures picked Kaguya-sama up for animation with director  Shinichi Omata (under the pseudonym Mamoru Hatakeyama) in the lead.

The main staff and cast came together for the series anime film project, Kaguya-sama: Love Is War – The First Kiss That Never Ends, which was set to premiere on December 17, 2022, before being released on television.

The Kaguya-sama: Love is War manga also ended its run on November 2, 2022, in the 48th issue of Young Jump.

The author thanked the fans who supported the seven-and-a-half-year run of the Kaguya-sama manga.

Although he will no longer draw, Akasaka clarified that he would concentrate on “creating stories from now on.”

“I want to continue my activities as a story writer. As for drawing, I intend to continue it loosely as a hobby,” he added. 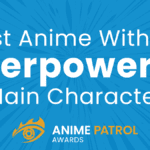